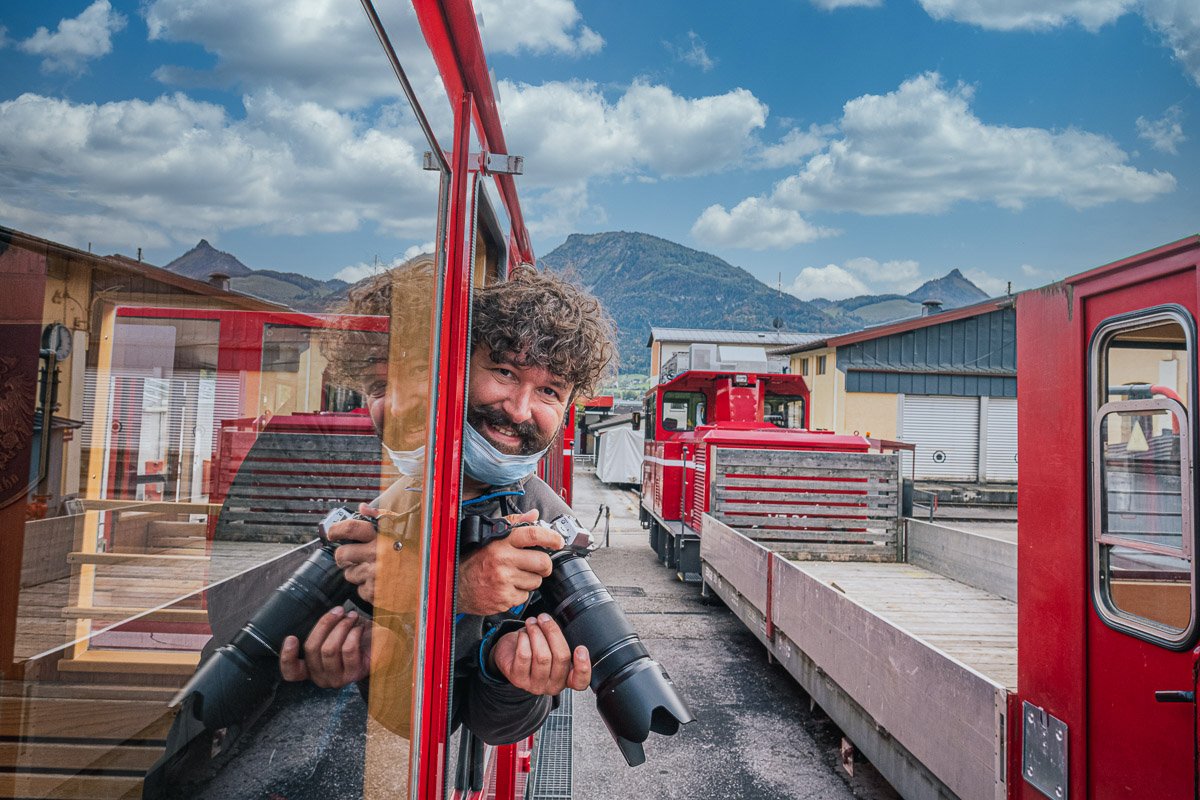 Have you heard of the Salzkammergut? The Salzkammergut is the Austrian Lake District, one of the most beautiful areas around Salzburg. You have probably heard about Hallstatt, which is the most popular day trip from Salzburg. But there is more to the lake district than Hallstatt. This article will introduce you to one of my favorite places and my favorite activity in the lake district. The Schafbergbahn Cog Railway.

The Schafbergbahn is one of the more expensive ways to get to the top of a mountain, but we are not just talking about any means of transportation. The Schafbergbahn, with its red and white cars zigzagging up and down the mountain, is a work of art in itself.

The History of Schafbergbahn Cog Railway

The Schafbergbahn is not just a sightseeing vehicle. It’s a part of Austria’s rich rail-based history. The railway between St Wolfgang and the summit of mount Schafberg was built in 1892, but the history of goes back even further. Even before 1892, people were transported to the top of Schafberg by armchair carriers. That’s right. They were sitting on a chair while someone carried them up the mountain. Chair carrier was a proper job in St Wolfgang at the time.

The hotel on Schafberg also already existed before the train. Therefore, with a Schafbergbahn ride, you are not going on just any excursion but on one of the first tourist adventures in Austria on which people were already embarking 150 years ago. The trains are still steam-driven, more modern, but the original trains still run for special occasions on selected dates.

What’s the Price of the Schafbergbahn?

The trip with the Schafbergbahn is expensive. That’s for sure, but if you are not on a tight budget, I guarantee you that it’s worth your money. While cable cars and mountains are everywhere, you won’t find a similar experience to Austria’s steepest steam-powered cog railway and the majestic mountain peaks of the Salzkammergut Lake District. The return ticket for an adult in 2021 is €42,- and half-price for children to the age of 14.

We do not get paid by the companies we recommend. We recommend them because we love them or because we think they offer an experience you should have. However, Salzburg AG generously sponsored the tickets for the boat and the steam train upon our request.

Now, depending on your mode of arrival, you might want to get a combined ticket for the boat on Lake Wolfgangsee. That’s especially recommended if you are arriving by public transport from Salzburg. Below, more on how to get to lake Wolfgang and the railway station. The combi tickets cost €56,80 in 2021.

What’s the Schedule of the Schafbergbahn?

The railway to the peak of Schafberg only runs regularly in the warmer months from April to November. The schedule, however, changes depending on the weather conditions. Therefore, you should check the Salzburg AG website for the Schafbergbahn timetable to ensure you are on track.

If you are in Salzburg, the Lake District, and St Wolfgang around Christmas, you might also want to check the schedule for their Advent rides. While the Schafbergbahn Steam Train is not operating or at least not going all the way to the top in the low season, there are special event rides in December. St Wolfgang’s Christmas Market is known as one of the best Christmas markets in Austria.

The first trains run from 9.20 am and in July and August half an hour earlier than that. When you get to the railway station of the Schafbergbahn and buy your tickets, you can reserve not only the timeslot for the ascend but also for the descend. That’s recommended for peace of mind. If you don’t reserve your spot at the valley station, you will have to reserve it after arriving at the mountain top anyway.

During high season trains run in intervals of 20 minutes.

Because even for the first train there will be lots of people, an earlier arrival is recommended. You can spend the time at the cafe instead of cueing up at the ticket office by arriving early.

How to get to the Schafbergbahn from Salzburg?

To get to Schafbergbahn only by bus from Salzburg, you also take bus 150, but instead of getting off in St Gilgen, you ride the bus to Strobl. In Strobl, you change from the 150 bus to bus 546, which takes you to St Wolfgang. That’s where the valley station for the Schafbergbahn is located. I would not recommend this since you would only save a few bucks but miss out on St Gilgen and the boat ride on lake Wolfgangsee.

To get to Schafbergbahn by bus and hiking, you could take bus 150, get off in St Gilgen, but instead of taking the boat to St Wolfgang, to the other side of the lake, you could hike along the northeastern side of the lake, past the Falkenstein to St Wolfgang. That’s an easy two-hour hike that is flat except for one crazy steep incline. This would save you money on a boat or bus, be good for your health and the walk along the lake is very pretty.

Hiking mount Schafberg is certainly an option, but be prepared for a challenge! You have to overcome 1300 meters of altitude on a six-hour hike. Personally, I couldn’t make it up and down on the same day, but that depends on your fitness. If you want to hike one way, you have two options. Either stay at the hotel on top or take the cog railway down.

If you decide to hike up and take the cog railway down, make sure to reserve a spot as soon as you reach the top; otherwise, your desired timeslot might be fully booked.

What to expect from a ride on the Cog Railway to Schafberg?

First, let’s get our expectations right. The Cog Railway and mount Schafberg are extremely popular. Less among international tourists and more among the German-speaking crowd. What Hallstatt is for visitors from overseas is the Schafbergbahn for tourists from Germany. There are days where there are up to 2500 visitors.

From June until the end of August, there is no way to escape the crowds when taking the cog railway. The best time to visit is at the end of September or the beginning of October, just before the steam train takes a season break. Not only is Austrian autumn beautiful, but you might get lucky and find some solitude.

Another way to find solitude on the peak of Schafberg is to stay on top of the mountain. How? Well, there is a hotel on top of mount Schafberg which is affordable considering the location. More on the hotel below.

Other than that, the trip with the steepest cogwheel railway in Austria will not only take you back to imperial times but be an overall unforgettable experience. While the southern side of the mountain is a lush green hill as if straight out of the Sound of Music, the other side is an abyss that feels 1000 meters deep. From there, you get a view of most of the Salzkammergut region, with various mountains in the distance and a plethora of lakes.

PHOTOGRAPHERS TIP: If you want to take pictures, ideally sit at the end of the train to be able to stick your head out of the window and shoot the carriages and the locomotive as they wind their way up the hill. Also, if you have the chance, you should sit on a different side on each of the rides since you automatically change sides after each turn.

The Hotel on the Schafberspitze

The hotel is a way of comfortably spending the night at almost 2000 meters of altitude. Now, that’s expensive, you might think. No. It’s surprisingly inexpensive. When we stayed there in 2020, I was prepared to pay a couple of hundred bucks, but we paid €80,- for the two of us. The hotel is not a luxury but not uncomfortable either. The place lacks in friendliness, the staff doesn’t seem to enjoy what they are doing, and for the owners, it’s clearly a money-making machine, but there is much more upside than downside. You might want to bring your own food since the restaurant menu is slightly random. The food is okay, but the prices are all over the place. The breakfast, on the other hand, is excellent and included in the price.

What else is there to do in St Wolfgang?

Even without the cog railway, St Wolfgang is worth visiting. It’s one of the alternatives to the overcrowded village of Hallstatt. The features of St Wolfgang are similar. A cute village, a lake, and the mountains.

Now, what else is there to do in St Wolfgang?

Read this article for a complete guide of things to do in St Wolfgang and the area.

The Vintage Steam Railway to the top of mount Schafberg is expensive but also one of the best experiences in the Salzkammergut Lake District. It’s the steepest cog railway in all of Austria and climbs 1300 meters on the way up. To get there by public transport, you take bus 150 from Salzburg to St Gilgen and then take the boat from St Gilgen to St Wolfgang where you board the train. There are Combi Tickets for the boat and the train since they belong to the same company.

An alternative to the train would be hiking mount Schafberg, but the hike is physically challenging. Another option is to stay on top of the mountain at the Schafberghotel, which is inexpensive and nice. Whatever plan you make, a great experience is guaranteed. 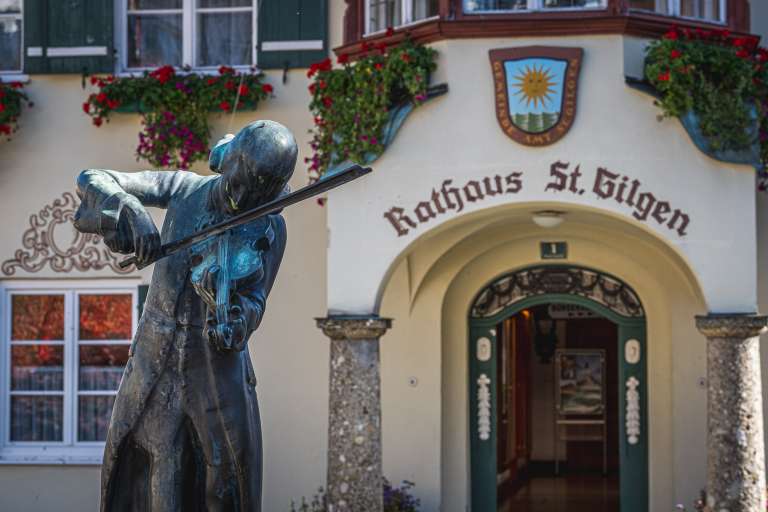 Are you planning a trip to Salzburg and are looking for day trips? The Salzkammergut, Lake District, is one of three main areas to visit on day trips from Salzburg, and this article will tell you everything you need to know about the town of St Gilgen in the Lake District. If you were looking… 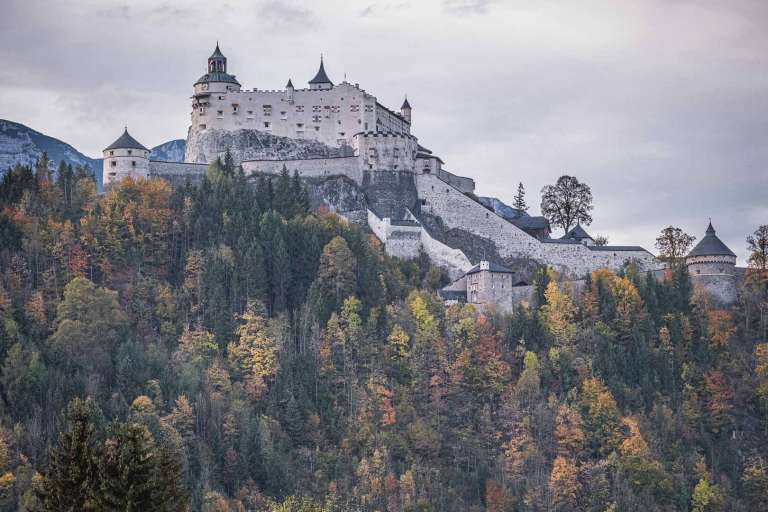 In Werfen, there are the largest Ice Caves in the world. That’s why Werfen is one of the most popular day trips from Salzburg. But while the ice caves are the main attraction in Werfen, the first thing you will see when you arrive in Werfen is the Hohenwerfen fortress. Placed on a hill in… 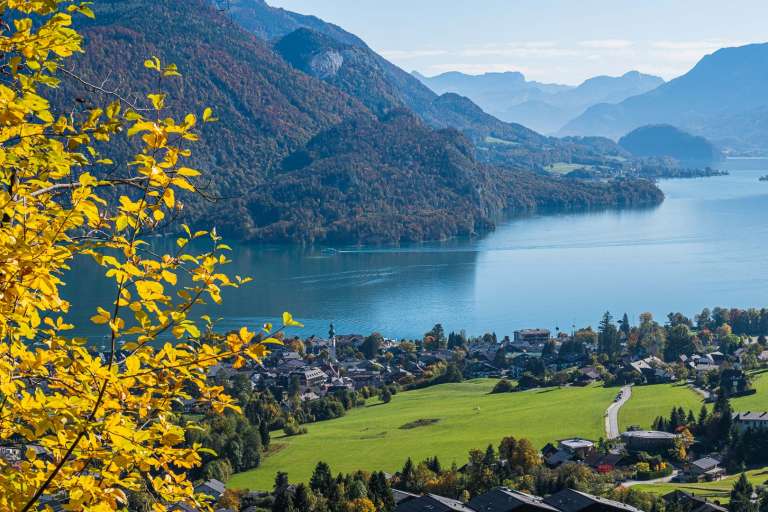 The more I explore places around Salzburg, the more I appreciate when places are still off the beaten path. As much as I love being among fellow travelers and as much as I am dedicated to tourism, as much I begin to enjoy being with myself and finding peace while exploring my home country on… 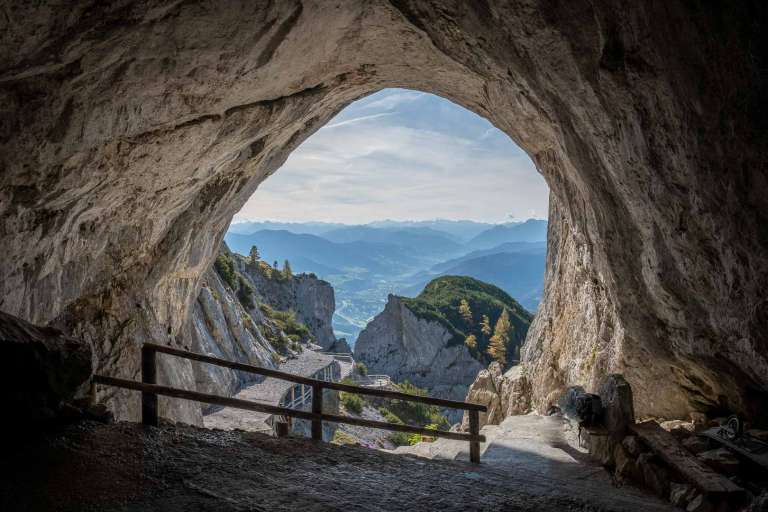 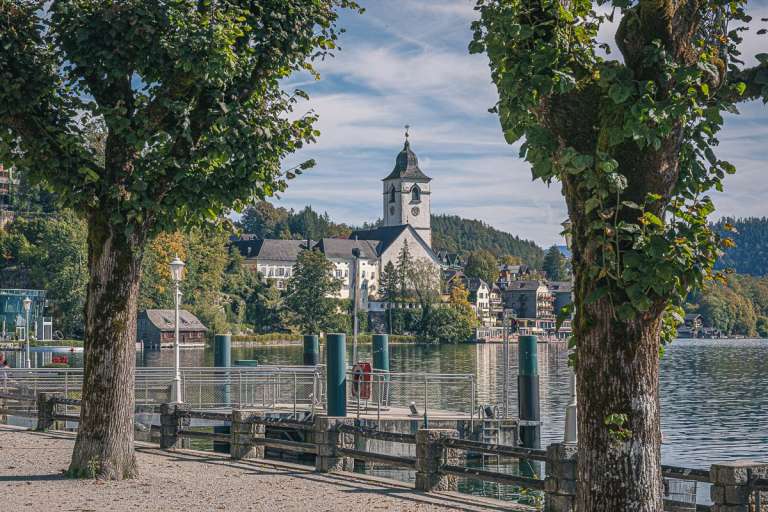 Salzburg may be the second most famous Austrian city after Vienna, but it’s just a stone’s throw away from some of the countries most spectacular natural wonders. The Austrian lake district is one of them. St Wolfgang, a small village nestled on the shore of Wolfgangsee Lake, is a great example. Spend the morning hiking,… 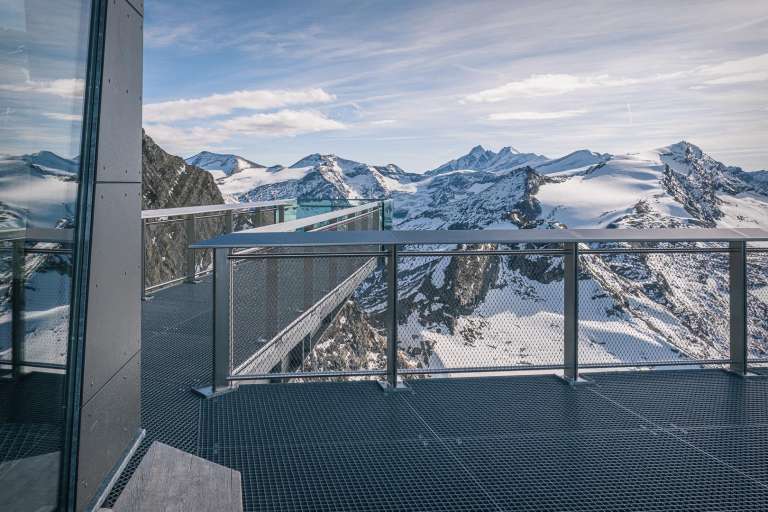