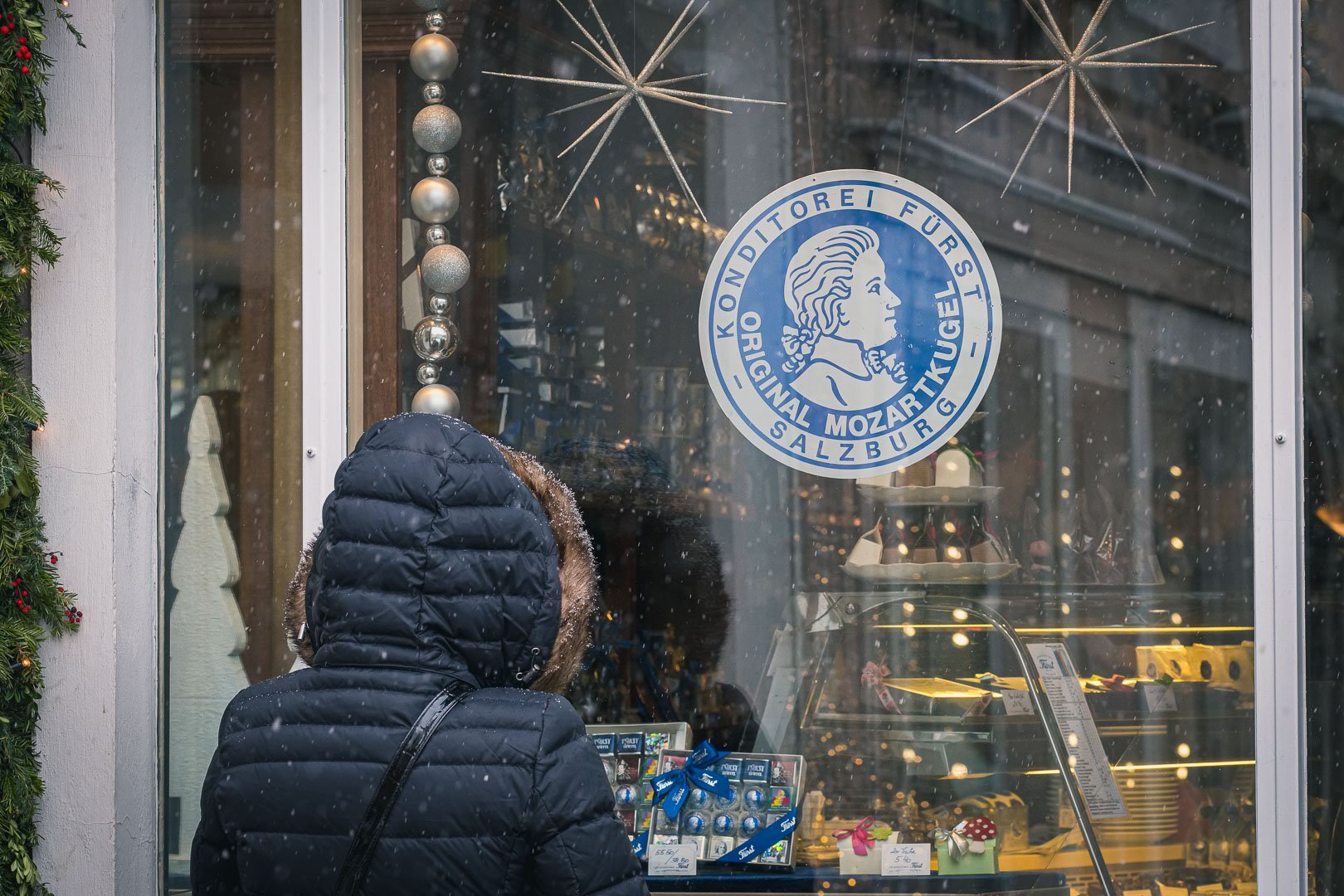 I recently read on a popular travel blog, focused on local culture, that Mozart chocolate balls are one of the Salzburg population’s favorite foods. You will find Mozart chocolate at every corner of the old town when visiting Salzburg. But who is eating all that chocolate?

Mozart chocolate comprises Marzipan, Nougat, and pistachio, covered in chocolate. As the name Mozartkugeln (Kugeln means balls) suggests, they are round. The popular Mozart balls are wrapped into red and gold foil, and you will not only find them in the old town of Salzburg but in every supermarket in Austria. Red and gold, however, is not the Original.

In this article, I will shed some light on the topic and set you up for your visit to Salzburg.

Mozart and the Mozart Chocolate

Salzburg rediscovered Mozart in the middle of the 19th century, 50 years after his death. They erected the Mozart statue in 1842, and the people of Salzburg didn’t only remember him but realized that money could be made from Mozart. A downright Mozart cult began. Products were named after Mozart, and still today, many products are named after Mozart. The most famous of which is the Mozart chocolate balls.

The Mozart chocolate was invented 100 years after Mozart’s death and named after him. There is no actual connection between Mozart and the chocolate.

Who invented the Mozart chocolate?

Paul Fürst, a master confectioner, invented the Mozart chocolate balls for the upcoming 100th anniversary of the death of Mozart in 1891. The Mozart candy became famous because Fürst introduced his invention in Paris at the world trade fair and won a gold medal.

What he forgot was to register the patent. And guess what. Already before Paul Fürsts return to Salzburg, other confectioners copied his invention and still copy them today.

The “Original” Mozart Chocolate in Salzburg

Konditorei Fürst still hand makes the original chocolate today. Fürst Mozart chocolate is wrapped into blue and silver tinfoil. In fact, Fürst is since 1996 the only company allowed to call their Mozart chocolate “Original Salzburger Mozartkugeln”. They fought several lawsuits, including one against Nestle, to claim that right.

Where to find the Original Mozart Chocolate?

Furthermore, you find the “original” Mozart chocolate in another Fürst cafe at Mirabell square and two small shops (Getreidegasse and Ritzerbogen) in the old town. Fürst doesn’t sell the original Mozart chocolate to any other shops. Therefore, if your chocolate doesn’t say “Fürst”, it’s not Fürst and not original, and Fürst Mozart chocolate is only available in Salzburg. There are no branches of the Fürst candy shop in other cities.

Fürst Mozart chocolate is handmade and only available at their shops in Salzburg.

How to recognize the Original Mozart chocolate?

Mirabell, Reber, and other supermarket Mozart chocolate is wrapped into the red and golden tinfoil. Be careful, however! Many other pastry and souvenir shops produce their own Mozart chocolate and wrap it in blue and silver tinfoil to make you believe it’s original.

Who produces most Mozart chocolate?

The Mozart Chocolate as a Locals favorite Food

So who eats all the chocolate?

Who eats all the Chocolate?

How is the original Fürst Mozart chocolate produced?

Fürst produces the chocolate balls the same way they did in the 1890s. A ball of pistachio and green marzipan surrounded by nougat is put on a stick and dipped in chocolate.

What’s the price of a piece of Mozart chocolate?

The red and golden supermarket Mozart chocolate is between €0,40 and €0,80, depending on the shop and the amount of chocolate you buy. The original Mozart chocolate is €1,40 (in 2019). Fürst increases the price almost every year by €0,10. You, however, would anyway not eat more than a piece or two, and because the ingredients are natural, they wouldn’t be suitable to take home as a present. They can’t withstand the heat.

In this video, I bought and compared the ten most popular Mozart chocolate balls in Salzburg.

You should try a piece of Mozart chocolate while you are in Salzburg. Buy one loose piece of chocolate at €1,40 (in 2019) from Konditorei Fürst. Fürst invented Mozart chocolate, and they are still hand-making chocolate balls and selling them at the cafe and in three more locations around the old town. 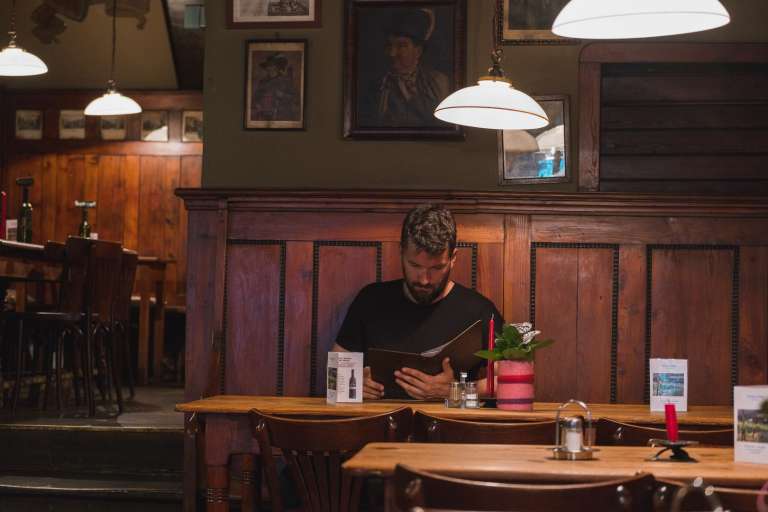 The aim of this article is to present traditional restaurants with a variety of recommended dishes. These restaurant recommendations are in different areas of the old town, for different times of the day, and with a distinct character to enable you to taste a variety of Austrian food while experiencing the particularities of each of… 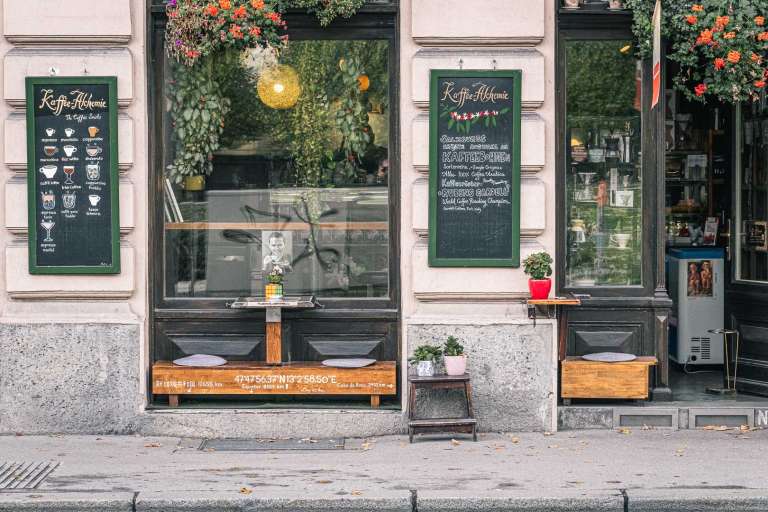 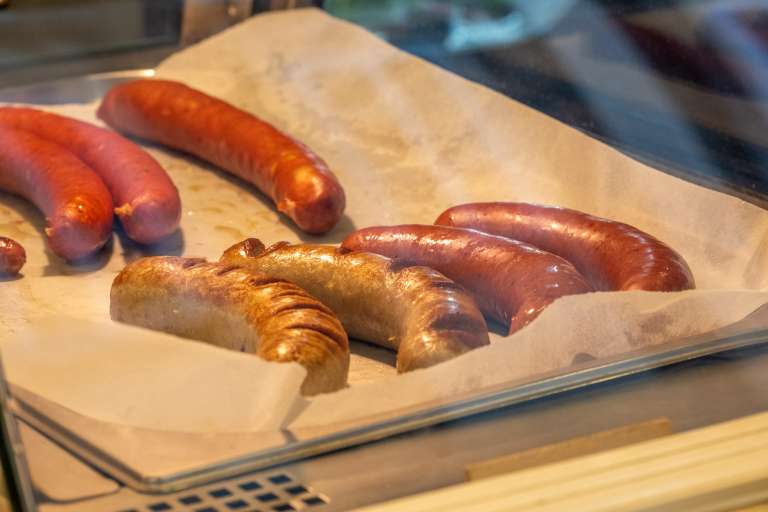 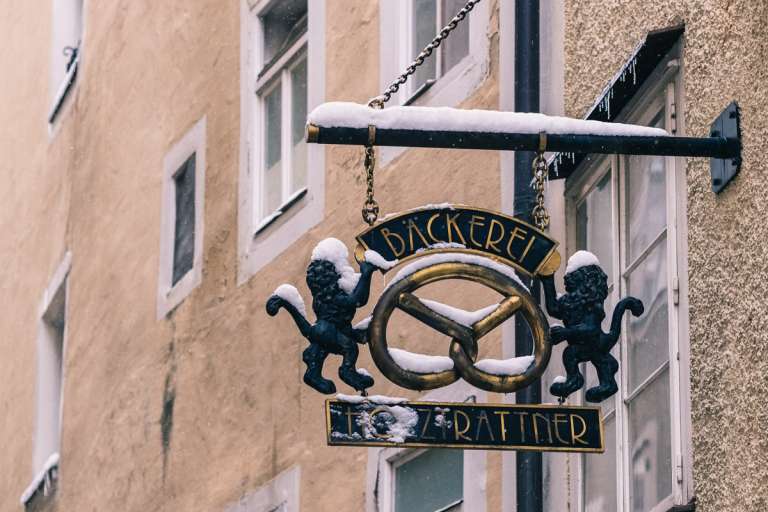 They say breakfast is the most important meal of the day. While you could argue about that, there is no arguing that a good breakfast is one of the greatest pleasures when traveling, especially when visiting a country that’s known for its hearty breakfasts. This article will point you to the best places for traditional… 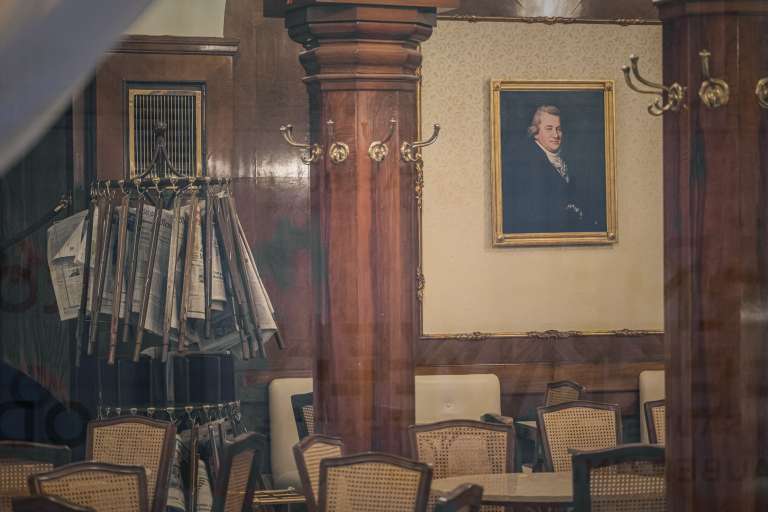 Are you wondering why Viennese coffee house culture became part of the UNESCO world heritage? In this article, I will tell you why and point you to the best Viennese Coffee houses in Salzburg. I only recommend two places because you won’t stay in Salzburg forever, and my goal with this website and with the Free… 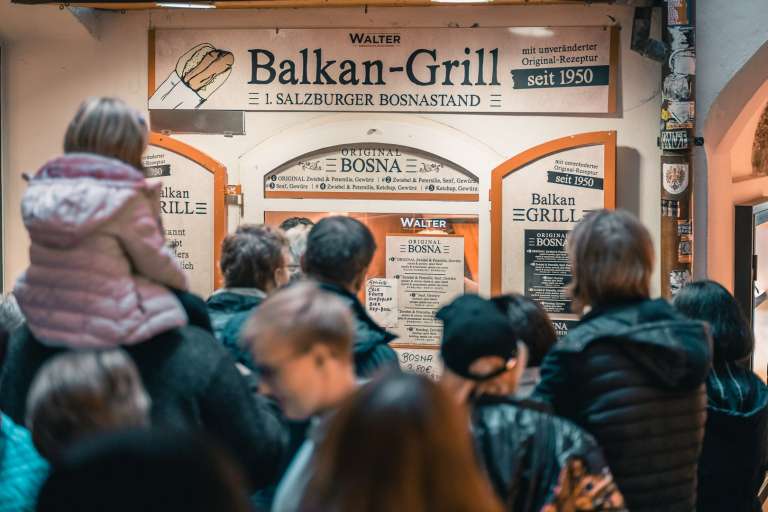 In this article, I will tell you about the three most popular Austrian fast food dishes and where to find the best Austrian street food in the old town of Salzburg. Original Bosna at the Balkan Grill in Getreidegasse Food in Salzburg, in other parts of Austria and even in Bavaria, is similar with few…